The Power of Chronicles

In 2017, Huis Bergh Castle purchased an exceptional manuscript containing an impressive collection of illustrated chronicles, or historical accounts. Each individual chronicle features an illustration in colour. At the very beginning of the manuscript is the coat of arms that Willem II van den Bergh used from 1442 onwards. This would suggest that the book was in his hands shortly after its creation, just prior to 1460; he may even have commissioned it. You could say that the purchase brings the book back home at last.

The Bergh chronicle manuscript is special because of its size, its content and the unique, colored pen drawings. This manuscript is the focus of the exhibition ‘The Power of Chronicles’. 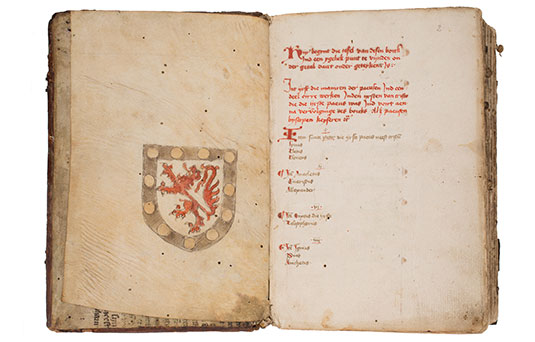 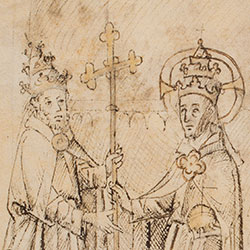 The chronicles reflect the existing power relations and political views of the era. The book opens with the history of those who had the greatest influence at the time: the Popes. Then follow the chronicles of the dioceses of Cologne, Liège, Münster and Utrecht, and the regions of Gelre, Holland, Brabant, Mark and Cleves. 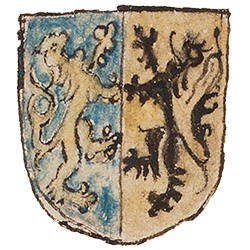 The Cronijck van Gelre has pride of place in the exhibition. It is the oldest known chronicle of the Duchy of Gelre, and therefore a very valuable document. It was an early attempt at the historiography of Gelre, forerunner of the current province of Gelderland. 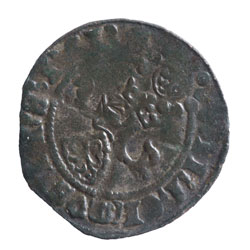 In addition to showcasing the Gelre region’s artistic heritage, the exhibition gives visitors a peek into the world of political relations and power struggles in Gelre at the end of 15th century, with a particular focus on Lord Van den Bergh. William II, nicknamed ‘the Rich’, Lord Van den Bergh, maintained close contacts with the local gentry and with the bigger players on the political scene. In 1424 William became councillor to the Duke. The Holy Roman Emperor even made his son Oswald van den Bergh an Imperial Count in 1486.

From 17 April through 16 May, an exceptional 15th-century book will be on display at Huis Bergh Castle in ‘s-Heerenberg!

This valuable book is open at the book’s initial full-colour illustration of a coat of arms.
Willem II, who once lived at Huis Bergh, bore this coat of arms from 1442 onwards. Thanks to this illustration we know that Willem II was probably the first owner – and perhaps even the commissioner – of the manuscript. The presentation will also include several 15th-century documents from Huis Bergh’s rich archives.

The spring presentation of this impressive book gives a foretaste of ‘The Power of Chronicles’, the major exhibition on the Huis Bergh Castle manuscript, which runs from 21 August to 14 November 2021.

The exhibition will be accompanied by a publication in which experts present the results of their research into various aspects of the late medieval book. 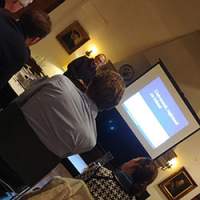 We gratefully acknowledge the financial support of: 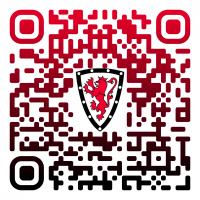 A visit to the town of ‘s-Heerenberg is a breathtaking experience. Once the ancestral seat of the wealthy, influential and aristocratic Van den Bergh family, the castle now houses an impressive art collection.